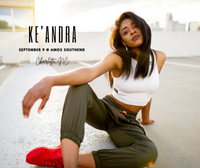 Ke'Andra will be opening for Jade Novah's Charlotte show on the Moon in Pisces tour. Bring your friends and family and meet us there! Not to mention, Jade Novah is going to tear the stage up and down!!! You don't want to miss it! See you there! #mooninpiscestourcharlotte #mooninpisces

Find your Afros, bell bottoms, crop tops, crochet vests and hoochie daddy shorts and meet Team7 down at Main Course for 7Sunday Presents: Soul7 SummerEdition. It’s only right that we pay homage AGAIN to our inspiration…. #SoulTrain!! In the thick of it, the 70s were IT!! JULY 10! 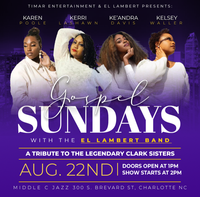 Tribute to the Legendary Clark Sisters

Join Ke'Andra and her sisters Karen, Kelsey, and Kerri on Gospel Sunday for a very special tribute to The Legendary Clark Sisters. This will be one to remember.

Presented to you by Timar Entertainment and the El Lambert Band 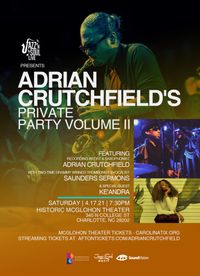 It's time to get jazzy!!! Join as I am very excited to be a part of this show. Everyone will be bringing heat!!!

Join us on Saturday April 17th for Jazz N Soul Music’s first theater event of the year! Adrian Crutchfield's Private Party Volume II is a live up-tempo experience designed with the live music connoisseur in mind! Performance will include a dynamic tribute to Prince!

Adrian Crutchfield is known around the world for his neo-soul sound – creating music in a variety of genres such as jazz, R&B, pop, funk, soul, hip hop, and fusion. His high energy show brings a diversity to jazz never seen before with music for every generation! Adrian takes pride in bringing a new and powerful sound, merging jazz with today’s pop and hip hop.

Adrian Crutchfield has taken the world by storm in recent years, not only as the last sax player to perform and record with Prince, touring the world and being featured on Prince’s last three albums, but also touring domestically and internationally with acts such as Lionel Ritchie, Bette Midler, and Cee Lo Green.

Saunders Sermons II is an American singer, trombonist, song writer and a two-time Grammy Award Winner. Since his early days in Florida, Sermons has grown to become an established independent artist with an admirable music career. As a trombonist, Sermon’s vocals & trombone can be heard on Tedeschi Trucks Bands single “Part Of Me.” He has performed with hip hop and R&B icons such as Snoop Dog, along with Jay-Z and Mary J. Blige.

Sermons has been a member of the Tedesci Trucks Band since 2010, a role that has earned him a second GRAMMY award. 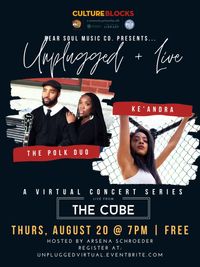 This Third Thursday concert series features live performances and a Q&A with performers LIVE from The Cube. A special thanks to our partners Jazz n’ Soul Music.

The show starts at 7:00pm sharp | FREE Please register via Eventbrite to receive the broadcast link sent to all registrants 24 hours prior to the show: unpluggedvirtual.eventbrite.com

This installment features live performances and a Q&A with performers:

Watch from your phone, laptop, or cast it to your TVs & use the chat box to connect with the performers and fellow attendees during the show! 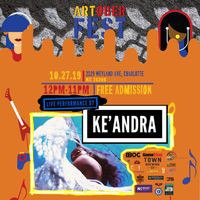 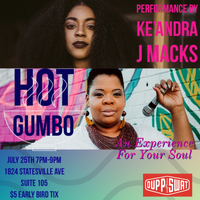 Come and get FULL off a musical experience you don’t want to miss. KE’ANDRA and J Macks are gonna serve you something you weren’t expecting but definitely need.

Go get your Early Bird Tickets for $5 now while they last. 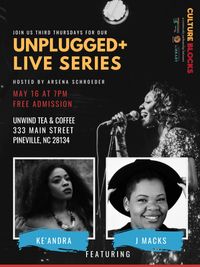 Join Ke'Andra for a night of unplugged music. Ke'Andra will be featuring unreleased, original music as well as some of your favorite cover songs.

Also performing is the talented Jessica Macks. This event will be hosted by singer/songwriter, Arsena Schroeder.

This is definitely a night you don't want to miss!! MAKE SURE YOU RSVP

This is a panel event focusing on social media best practices from professionals. Join us for industry networking, informative panel session, and music.

COME READY TO NETWORK and support Ke'Andra as she has been selected to feature in the artist showcase. 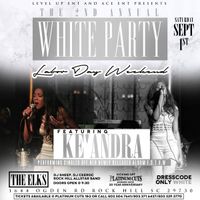 Join Ke'Andra during a feature performance at The Elks in Rock Hill. Ke'Andra will be singing featured songs from her debut EP 'F.S.T.O.W.' This will be a night of good vibes and good times. 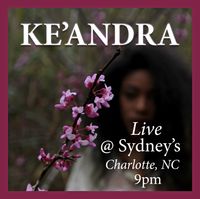 Join the life of Ke'Andra as she shares her gift at Sydney's Martini and Wine Bar. You can expect a night of soulful vibes, music , and fun. If you love live music, you don't want to miss this event.